A Conversation with Peg Alston

Previous Next
Episode 40 – A Conversation with Peg Alston

Peg Alston emerged on the New York art scene in 1972, a time when art by African Americans was limited. Early giants such as Romare Bearden and Norman Lewis generously served as informal mentors during the beginning stages of her career. Thanks to her keen eye and tastes, commitment to her specialty, and dedication to educating the public through lectures and activism, she has played a pivotal role in cultivating an interest all around the country for investing in African American fine art, and formed close associations with many of today’s most important African American artists. Long active with theStudio Museum in Harlem and many other major New York City cultural institutions, Peg Alston organized some of the first seminars on collecting, appraising and cataloguing African American art.

Today, Peg Alston is a member of the Private Dealer’s Association (PADA) and ArtTable, and recently had the honor of being interviewed by History Makers for their visual and oral archival collection.

Image – Peg Alston with Romare Bearden at an art reception with other artists. circa 1977 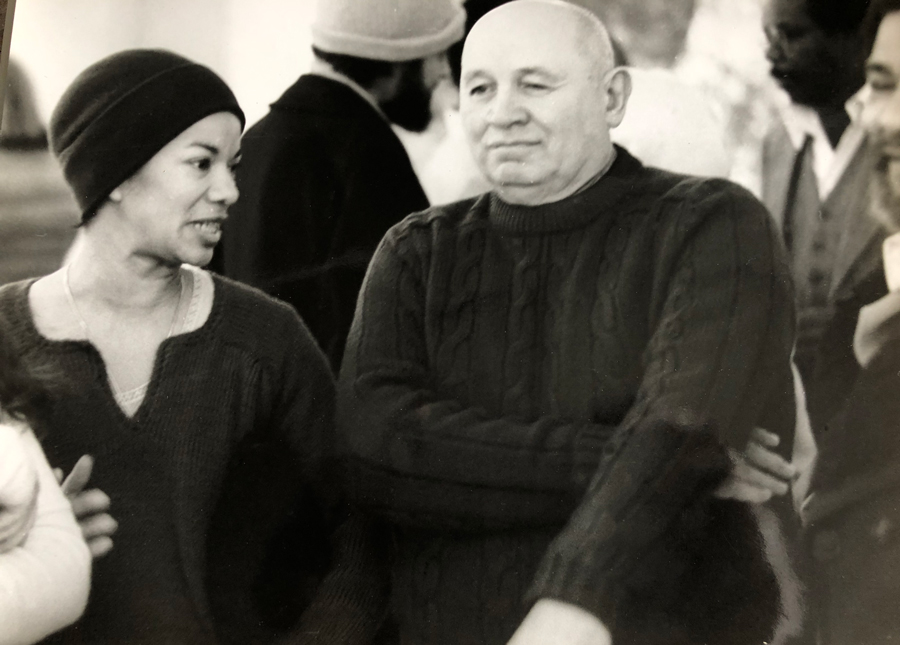