A Conversation with Nicole Awai

Previous Next
Episode 30 – A Conversation with Nicole Awai

Awai earned her Master’s Degree in Multimedia Art from the University of South Florida in 1996. She attended the Showhegan School of Painting and Sculpture residency in 1997 and was artist in residence at the Studio Museum in Harlem in 2000. Awai was a featured artist in the 2005 Initial Public Offerings series at the Whitney Museum of American Art and was awarded the Joan Mitchell Foundation Painters and Sculptors Grant in 2011 and an Art Matters Grant in 2012. Her work has been included in seminal museum exhibitions including Greater New York: New Art in New York Now, at P.S. 1/ MOMA (2000), the Biennale of Ceramic in Contemporary Art, Italy (2003), Open House: Working in Brooklyn (2004), Infinite Island: Contemporary Caribbean Art (2007) both at the Brooklyn Museum; the 2008 Busan Biennale in Korea; The Pacific Standard Time: LA/LA II, A Getty Initiative exhibitions Circles and Circuits I: History and Art of the Chinese Caribbean at the California African American Museum and Circles and Circuits II: Contemporary Art of the Chinese Caribbean at the Chinese American Museum, along with Relational Undercurrents: Contemporary Art of the Caribbean Archipelago at the Museum of Latin American Art and the High Line Network exhibition New Monuments for New Cities. Her work has also been exhibited at the Queens Museum, Kemper Museum of Contemporary, Portland Museum of Art, Delaware Art Museum, Philip Frost Art Museum FIU, the Vilcek Foundation and the Biennale of the Caribbean in Aruba(2013). Other recent exhibitions include Splotch at Sperone Westwater, NY. Figuring the Floral, Wave Hill, NY; Summer Affairs at Barbara Davis Gallery, Houston, TX and Nicole Awai: Envisioning the Liquid Land at Lesley Heller Gallery, NY. Awai was a Critic at the Yale School of Art in the Department of Painting and Printmaking from 2009-2015 and is currently faculty in the Department of Art and Art History at the University of Texas at Austin. Awai is represented by Barbara Davis Gallery in Houston, TX. 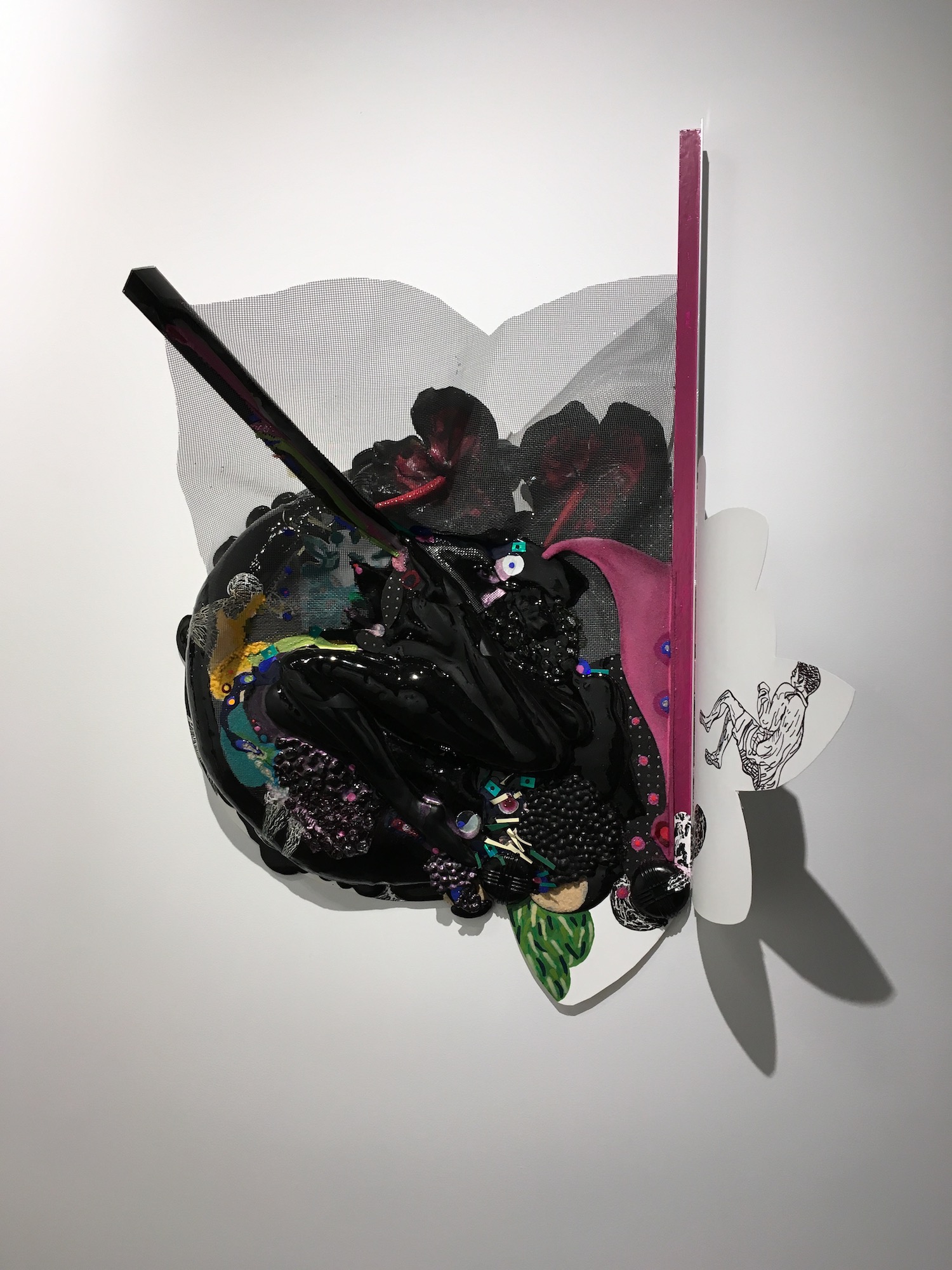